Looking for an affordable living experience in the heart of Ohio? Then check out Akron, a gorgeous city along the Little Cuyahoga River just 30 miles south of Cleveland and the county seat of Summit County. There are many opportunities for individuals and families in the area, and the city is still relatively small with just a population of 198,314. The median property value is $81,400, making Akron one of the most affordable cities in the nation. The area is accessible to other parts of the region with easy access to Interstate 76 and 77, taking you to Pittsburgh, PA and Charleston WV respectively. Here are the details you should know about Akron’s cost of living and why you should consider a move there.

How much do you need to earn to live in Akron? One of the best ways to determine why you should move the Rubber City is by comparing Akron’s cost of living index to the current city where you reside. Also take in account what kind of lifestyle you want to live when you get there, the number of people in your household, and whether your income will change. Using a cost of living calculator will help you assess these comparisons easily.

The cost of living index in Akron is 93.9%. That means Akron is 6.1% more affordable than the national average. So, no matter where you currently live, you’ll probably be saving money in Akron. Housing costs in Akron only hit 86% on the index, meaning that you can find a reasonably priced home with ease.

The average cost of groceries in Akron is about even with the national average, but critical services like healthcare, transportation, and utilities are 5-7% below the average. Once again living costs in Akron are definitely on the affordable side.

The Consumer Price Index for the Akron metro area increased 1.6% over the most recent year. Food prices increased by 0.8% and the energy index increased by 1.6%. Meanwhile gasoline prices rose 22.7%. Housing is down -0.4% and apparel prices have dropped a hefty -11.1%. 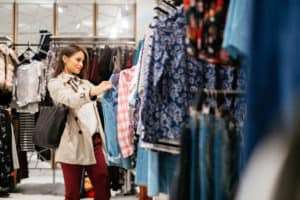 How affordable is Akron? Let’s break down the purchasing power of living in Akron by going through the average prices of the most common household items. Keep in mind what standard of living you want to have in Akron as you compare:

Cost of Items in Akron

Housing prices throughout Ohio are among the most affordable in the United States, and the Akron real estate market is no exception. This makes the cost of maintaining a nice lifestyle that much more reasonable.

Here are some of the most popular sections of Akron with options for any type of homeowner:

Akron has home prices that should be suitable for anyone’s budget. Whether you’d like to save money by living in East Akron or you prefer splurging on a home in Merriman Valley (where the median home price is $241.7k, there is something for everyone here. 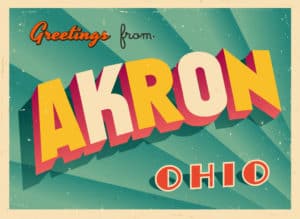 The average Akron rent prices vary from one neighborhood to the next. The area around University of Ohio-Akron is among the highest rent areas in the city at $924/month, Merriman Valley averages $848/month, Chapel Hill is $789/month, and Wallhaven is $772/month.

Akron’s economy is becoming more robust by the year, thanks to a growth of many sectors like healthcare, industrial, and educational. Here are some of the top employers in Akron:

Don’t overlook how taxes will impact your cost of living in Akron, OH! Here’s what you can expect to pay for income tax, property tax, and sales tax in Akron.

Ohio has a flat taxable business income rate of 3%. The state’s progressive income tax system ranges from 0% tax for earners of $22,150 or less, up to 4.797% for the highest earners.

The Ohio state sales tax rate is 5.75%, one of the lowest among states with a sales tax. Counties and regional transit authorities may infuse additional sales and use taxes. The Akron sales tax is 6.75%, which puts it in the middle of the pack within Ohio. The state has the 27th highest sales tax rate in the United States based on combined state and average local tax rates.

Ohio property taxes are slightly above the U.S. average at 1.48%, which ranks 13th highest in the nation.

Akron vs. Columbus Cost of Living

Have you been trying to decide between Akron and Columbus? What is the Akron vs Columbus cost of living? Which city is more affordable? Both are large metro areas in the state of Ohio but there are some significant differences between the two.

Akron, OH is 18.7% cheaper than Columbus, with the median home cost being the biggest factor in the cost of living difference. A property is 57% cheaper in Akron than in Columbus. The cities are categorized slightly differently as well, as Akron would be considered a suburb and Columbus is a standalone city (and the state capital).

With its affordable cost of living, diverse neighborhoods, and close proximity to Cleveland, it’s no wonder so many people are choosing to settle in Akron, Ohio. Are you ready to call Akron your new home? Contact Summit Moving for a FREE quote. Call 330-633-3633 for more information. 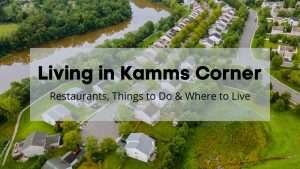 Kamms Corner is a neighborhood located on the west side of Cleveland, Ohio. The neighborhood is bounded by W 110th St to the north, I-90 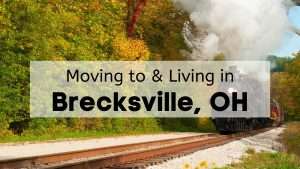 Located in the Greater Cleveland area, Brecksville is a family-friendly suburban city. It is known for having exceptional schools, a small town atmosphere, and 2,500 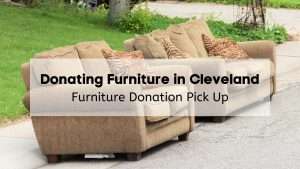 At this point in your life, you’ve probably had to relocate at some point. Some people have probably moved several times. Whether you moved from

Chardon, known by its motto as “Home of the Geauga County Maple Festival”, is a small city located some distance east of Cleveland, part of